Last summer, I wrote a post about dialogue writing. I’m a conversationalist, a dialogue fan. I think it’s the best way to advance a story plus reveal a character’s nature without telling. Penning conversations takes special skill, however. A writer must get inside someone else’s mind to express what he or she would say. There are many blog posts that offer ideas about how to write strong dialogue. Tips about include being concise, creative, and use it to advance a story. Additional ideas are to read dialogue out loud, avoid distracting tags, and observe how others speak.

Good advice, all of it. But I’d like to discuss that last one: Observing how others speak. Listening and observing skills are ones to cultivate as a writer. (And in this age of mobile phones and constant connectivity, those skills are dying, I believe.) In this blog post, I’ll offer real world examples of how listening, observing, and extrapolating can improve one’s dialogue writing skills.

Listening is a specific, learned behavior. Most people listen with the intent to respond. Listening to understand is different. Rare is the person who truly listens as a method to both understand a person’s words and character. Writers are well-advised to develop their listening skills. It’s the best way to understand and develop unique characters. Other than reading, listening and observing are the best ways to learn to compose strong dialogue. 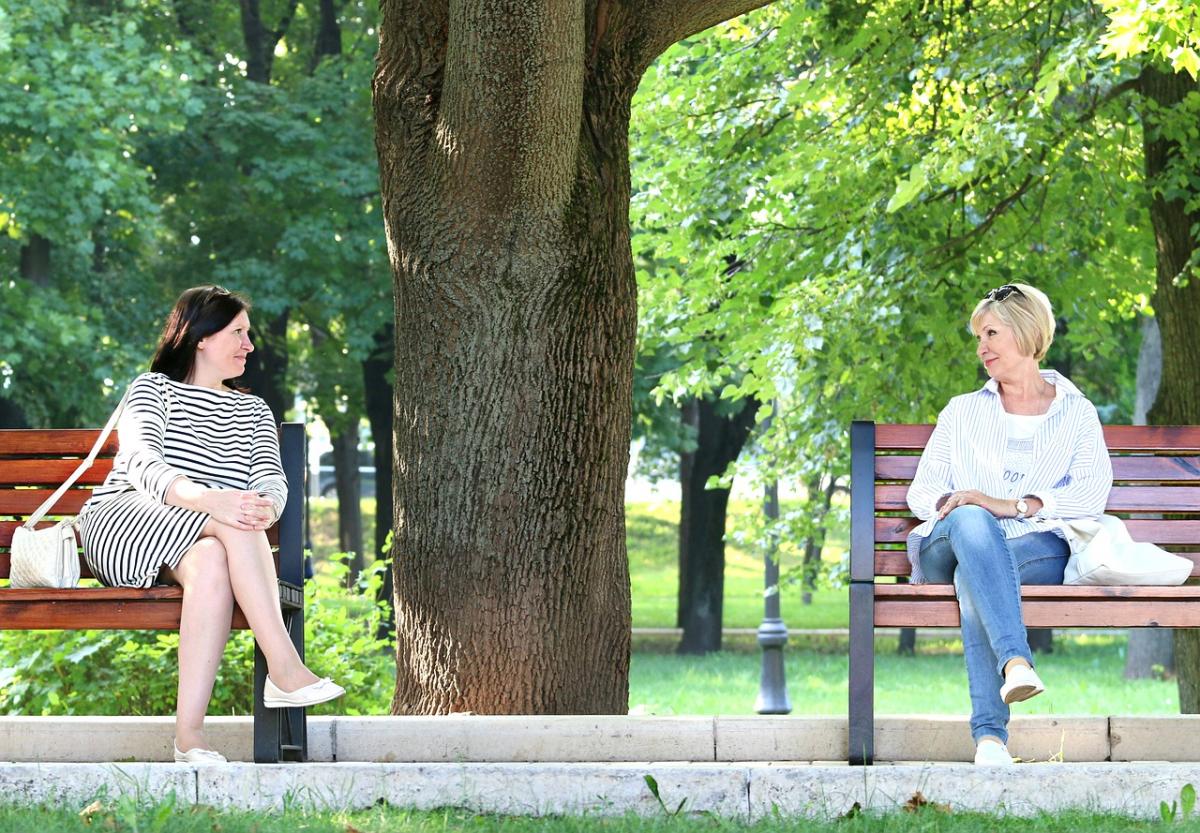 Recently, I was in a garden store browsing for plants*. Near me, a woman was seated on the floor, organizing a shelf. The way she spoke to those around her was revealing. “Get me those clippers,” she demanded. “Hand me that rake.”

I tuned in as she spoke with others in the store. Employees were quick to do what she asked. She spoke with sharpness, never saying “please” or “thank you.” She either was the manager or the owner of the place. The employees’ tense energy and timidity within her midst revealed she was a stern, top-down communicator. It was a fascinating, real-life character study where I could observe behaviors and reactions via one person’s words.

Just when I think some characters in books are too extreme to be real, I encounter a scenario like the one in the garden shop. It would make a great opening scene to a mystery novel. An overbearing boss makes the perfect victim, right? Or, in a twist, she becomes the main suspect when a defiant employee goes missing. 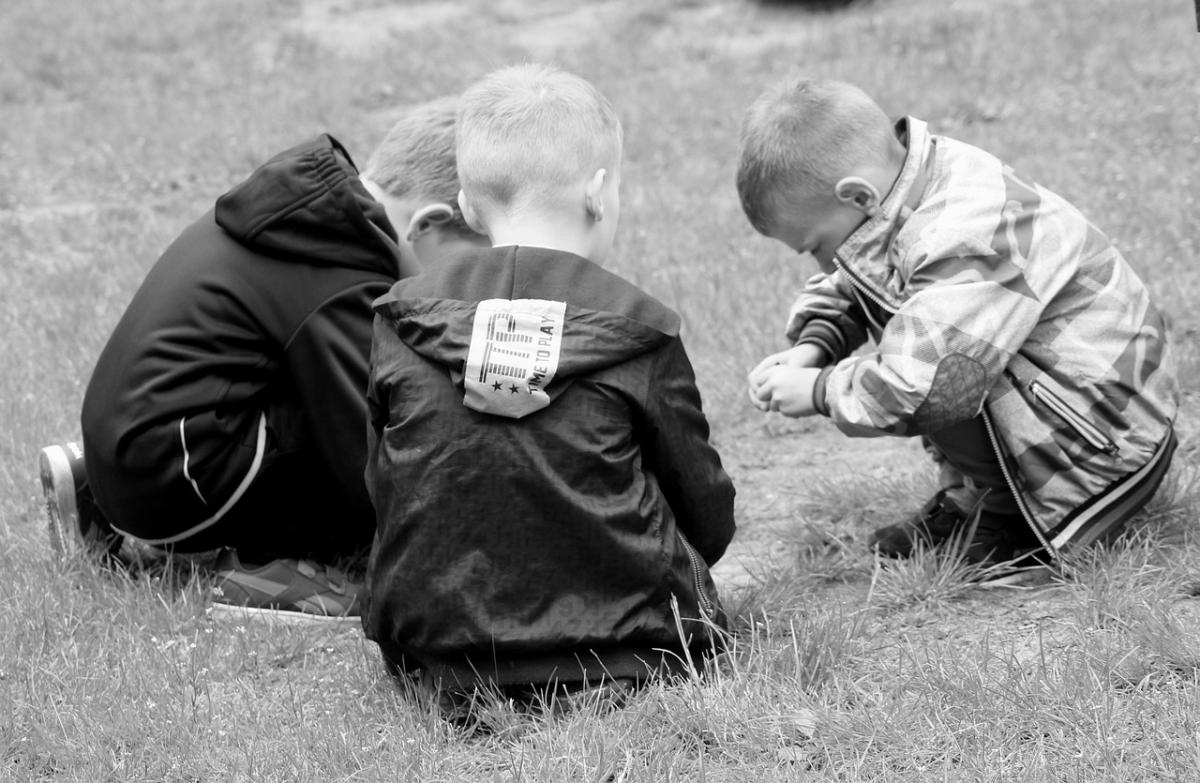 Listening includes observation and interpretation. This past week, I was in a veterinarian’s waiting room. Conversations about the patients (dogs and cats, mostly) were held in the large, open area*. Vet techs chatted amicably with pet owners about treatment and medications. However, one woman was called from the room and escorted to an office. I’d noticed her when I entered. She was sitting alone in a corner, looking distressed. When the name of her pet was called, she hurried to the isolated room. “That’s going to be a tough conversation,” I thought.

Sure enough, after about thirty minutes, the woman reappeared, tears streaming down her face. She rushed out, not stopping to talk with the receptionists, who looked concerned as the distraught woman quick-stepped to the parking lot. The fact that she left without an animal provided another clue about what I feared; in my mind, I contemplated how the conversation unfolded. I imagined a heartbreaking conversation. (It was one that I couldn’t dwell on lest it had me in tears in the waiting area.)

As an exercise to improve my dialogue skills, I observed the waiting room, interpreting what was happening around me. When something deviated from the norm—a sad-looking woman was called to another area—I extrapolated that she was going to receive bad news. I imagined what was being said behind closed doors. I recalled physical details about both the technician and the animal owner, considering the words and sentence structure the two people would use when conversing about a beloved pet.

Of course, appearances can be deceiving. Sometimes, a person’s words and clothing do not reveal their nature. 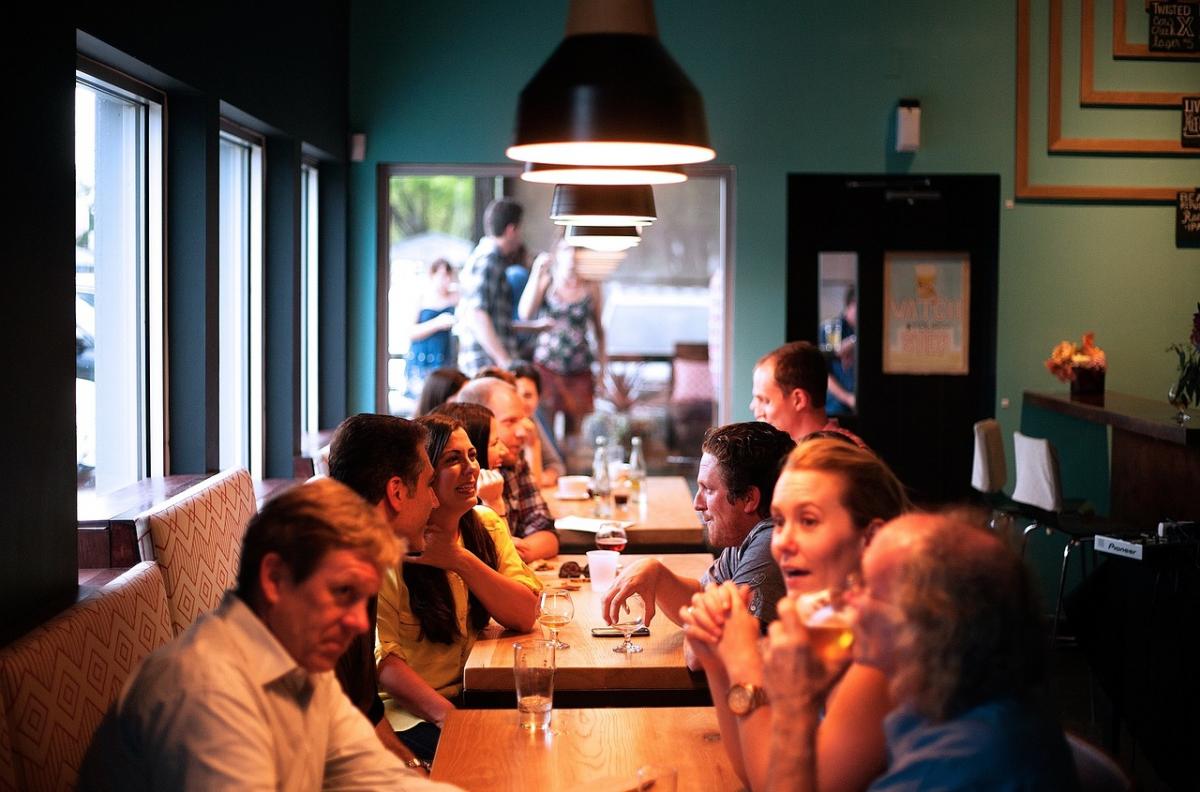 Someone who looks one way on the outside may be entirely different on the inside. In my final example of using listening and observation as a way to improve dialogue-writing skills, I’ll discuss a sales person I encountered*. The fellow sold insurance, and after sending a well-written email to set up our appointment, he sent a text on the morning of it to confirm the time. He was diligent, arriving in a company sedan a few minutes early. He wore slacks, a cashmere sports coat, and a friendly smile. He was more business than casual, however. He didn’t waste time on small talk. He knew his stuff and got straight to the point. I appreciated his professionalism and knowledge of product lines. However, as we chatted, I noticed several tattoos peeking out of his sleeves. “He has more depth than I thought,” I said to myself.

As we talked, he revealed that his other mode of transportation was a motorcycle. A large, loud machine that’s common to the roads in Wisconsin. I was completely surprised. Given his close-cropped haircut, crisp white shirt, and professional demeanor, I didn’t peg him as a biker. That was my mistake, a judgment error that would have kept me from observing a fascinating character.

The fellow discussed a recent ride where he spent time with riders of all ages and incomes. His voice and choice of words changed as he described time with his friends. His businesslike exterior gave way to a blue-collar guy who was happy to reveal his small-town roots when discussing his favorite hobby. It was delightful. The fault was mine for initially thinking he was a stock character rather than a protagonist—or even an antagonist.

After the salesman departed, I made a few notes about him and the transformation that had taken place. Again, I was surprised at how truth can rival fiction. If I hadn’t been observant when he arrived, I would have completely overlooked a tutorial in how someone can change in just a few minutes via language choices.

While I always recommend reading about writing (Larry Brooks is a favorite), I also advise observing people to improve one’s writing skills. Listening and interpreting what’s happening in a garden shop, a hardware store, or even during a meeting, can improve dialogue skills. Don’t forget to jot down ideas after observing something notable. One never knows how a great character, plot twist, or snippet of dialogue can be discovered.

*Some details have been changed to protect the innocent, mainly me. I’m in the middle of a home rehab project. My visits to hardware stores, garden shops, appliance stores, light-fixture stores, furniture stores, plumbing supply places, cabinet makers, roofing contractors, flooring specialists, and pubs (one needs a drink after all that decision-making, after all), have been revised to ensure anonymity.

Great article! As a hospice chaplain, I was trained to listen to understand. I was writing dialogue for a section of my book for a granddaughter of a tough, misaligned cop who had a nasty childhood to boot. I realized that the tough, over-bearing matriarch who was a single mother would've produced a legacy of like-minded women! After all, the acorn doesn't fall far from the gnarly, formidable Oak. The daughter needed to have a similar edge and curt response in dialogue growing up with those women.

Hi Maryclaire,
I'm glad the article was helpful! Your skill as a trained listener is most definitely a boost to your dialogue writing! Can't wait to read your book! - Valerie