Gratitude, Luck, and a Week at a Honduran Orphanage

Whenever I return from a trip to Honduras, I go through a culture shock of sorts. You know that feeling when you walk back into your house after having been on a trip and you think, "Is this really where I live?" because it all feels a bit strange and a bit too nice? So on my first night back I was feeling a little disconcerted and overwhelmed as I began to worry about the kids we had just said goodbye to. 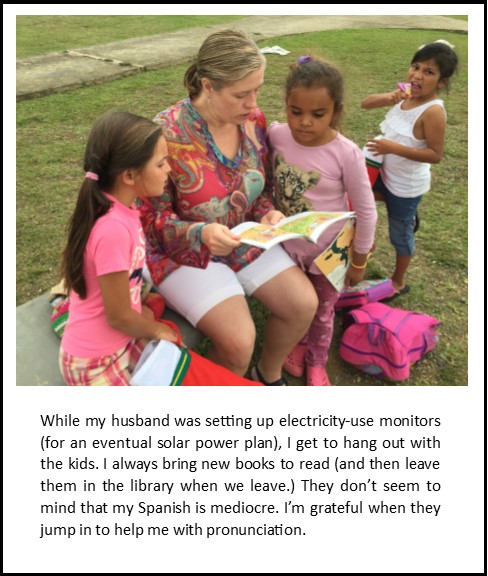 Here I was sinking into my posh mattress and staring up at the perfectly painted cathedral ceiling, when just one night prior at the orphanage I had been worrying about the same thing, laying on a very basic mattress and staring up at a dubious looking bug nest hanging from the rafters right over my head. (I had tucked the sheet in carefully around my legs and arms, attempting to stop the never-ending line of mysterious bites that I had gotten during the week.)

In my Wisconsin home, the cat (and my husband) might be snoring and the furnace kicks in from time to time—but that’s nothing like the unfamiliar sounds that make sleeping difficult in Honduras where the geckos chirp and scramble across the roof. The many dogs from the neighboring town make their presence known in a chorus of never-ending barks, setting off the numerous roosters at an hour when no rooster ought to be crowing.  Not so far away, gunshots ring out occasionally, reminding us to be grateful we are safe and sound on the grounds of the well-patrolled orphanage, but also reminding us of the world that exists just outside the gates.

The orphanage we’re visiting is home to 500 children from newborn to 18 (and beyond), including our four God-children who range in age from 19 to 8. We’re called patrocinadores or sponsors. This orphanage is a safe haven for them . . . here they have housing, food, medical care, and a better education than most Hondurans. They live in dorm-style housing by age and gender and eat their meals in a large cafeteria where oatmeal and beans and rice are their staple foods. 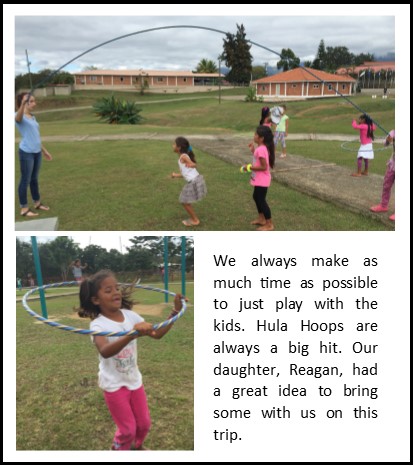 This is a relatively simple life. There are few personal electronics as the kids have no way to pay for these extravagances. They often have little contact with the real Honduran world as it is not always safe to travel into the neighboring town. It wasn’t very long ago when groups of kids could go into town chaperoned by some of the volunteers, but the men on the streets would ask how much for the children as if to buy them and they weren’t kidding. We don’t take the children into town anymore.

This is the kind of culture these kids were removed from and will be returning to once they are over 18. This is why I worry. These children have witnessed unspeakable things in their own lives before coming here, most having been the victim of physical and/or sexual abuse at the hands of those who should have protected them. The orphanage has provided the safety they deserve, enabling them to be children and learn and play as they should. It’s hard to look at these happy faces and imagine anything but a bright future for them. 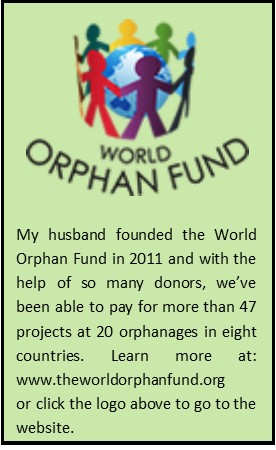 But Honduras is a harsh place to live. This country has the distinction of being the murder capital of the western hemisphere – it is very easy for naïve teens to fall prey to the drug gangs and prostitution once they leave the controlled environment of the orphanage. We’re working hard (along with so many others) to make sure they have the tools to survive by providing vocational training and other educational opportunities. We hope it will be enough.

I think of my own children and their opportunities and how lucky we are to have been born in the United States where many of our “problems” aren’t ones of sheer survival but ones of comfort or want or wishes. I try to put my worry to rest by reminding myself that each project we accomplish makes a forever difference to the children it touches. But the question echoes -- Will it be enough?