I’ve been deep in a final round of edits on my teen novel Circle of Nine – Beltany, so deep that I barely realized that today is MAY DAY!!  (Which is nearly sacrilegious in a Pagan sort of way, given that the heart of this novel is the May Day Celebration.)

May Day is also called Beltane in Ireland. There’s a stone circle in County Donegal named Beltany featured in many scenes in my book.  The name suggests that the Beltane holiday was celebrated here, but of course, we just don’t know.  That’s not surprising. There’s an awful lot we don’t know about these stone circles, making them incredibly intriguing – at least to me. 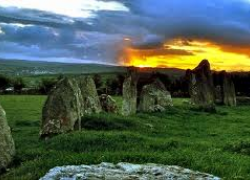 The Beltany stone circle is 145 feet in diameter with 64 stones remaining.  The circle probably had 80 stones originally.  This is a big circle.  For reference, the diameter of Stonehenge is smaller at 108 feet. Stonehenge is the most famous stone circle, but most people don’t realize that Neolithic stone circles dot the countryside of Great Britain and northern France with more than 1000 still surviving in some part today.

We don’t know what a May Day celebration at the Beltany stone circle would have been like when it was first built between 1400 and 900 BC.  We do know that in ancient Celtic culture the May Day celebration marked the beginning of the summer or the light half of the year.  In old Irish, Beltane means bright fire and indeed, a bonfire would have been (and currently is) part of the celebration. The festival is also one of fertility as people asked for the blessing of strong crops and healthy livestock. The fertility ritual extended to people as well as this was a popular time of weddings and handfastings. 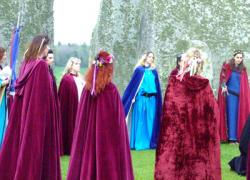 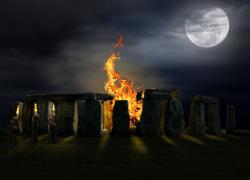 My May Day celebration was never THIS interesting. We would make those little paper cones of flowers to hang on someone’s door knob – and that was about it. 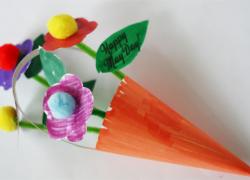 Does anyone else remember doing this in school?  What other May Day traditions do you have?