I was extremely saddened to get the email this week announcing that not only will my favorite writing conference (The University of Wisconsin Writers’ Institute) be discontinued—the entire University of Wisconsin Continuing Studies writing program is also suffering the same fate. Laurie Scheer writes, “The UW-Madison Division of Continuing Studies (DCS) writing program is being discontinued as part of broad changes to DCS in response to financial downturn resulting from the pandemic.” It is just such a blow to lose this wonderful conference and so many courses that helped us all be better writers and offered the chance to network with other creative people. This truly was (by many accounts) the best writing conference in the Midwest. 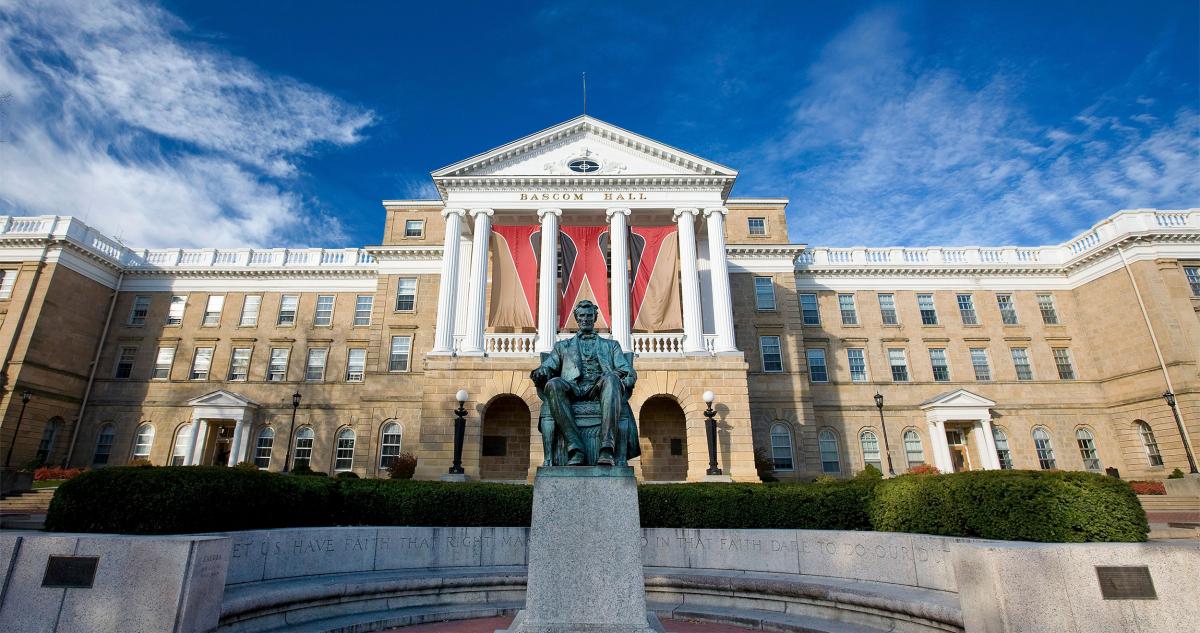 It was the first writing conference I ever attended when I was making the shift to writing professionally  back in 2009. I had no clue what I was doing, but I knew I had found my people. I made so many friends and colleagues that are a big part of my weekly writing world today--I even gained my literary agent here via a pitch session. This is a super-generous and intelligent group of people always willing to assist and share in your joys and a few sorrows/frustrations along the way. The publishing world can be brutal at times and the writing courses, conferences, and general guidance provided by this fabulous University of Wisconsin team will be sorely missed.

Earlier this week I was celebrating as the Writers’ Institute named the winners of the 2020 writing contests that would have been announced at the canceled March conference where I had been looking forward to being both an attendee and an instructor. It’s definitely bittersweet to go from celebrating contest recognitions to saying goodbye to this conference.

My submissions earned first place honors in both the Young Adult and the WRAP categories. The WRAP contest really piqued my interest . . . it was the chance to be inspired by a piece of art from The Wisconsin Regional Art Program (WRAP). The idea to showcase this special art collection in combination with writing is just one brilliant example of the type of creativity the UW's writing program staff gave us each year. (Read more about WRAP below.)

Even in a world that is more than a little crazy right now, the one comfort I take from this bad news is that we are all grateful we had the chance to take courses from these excellent instructors, attend inspiring conferences/workshops and, most importantly, befriend each other. None of that can ever be taken away, but it is with a heavy heart that we now must find other ways to do these things that have become important parts of our writing lives.

The biggest thank you ever to Laurie Scheer, Christine DeSmet, Laura Kahl, Christopher Chambers and the other many staff and volunteers who made the writing programs a success.

We love you and wish you the best always! - Valerie

The Wisconsin Regional Art Program was founded in 1936 to expand the cultural growth and knowledge of rural Wisconsin. Initially known as the Rural Art Program, an arts-based outreach program of the College of Agriculture, the initiative’s first adult, noncredit students were a group of largely self-taught artists — teachers, mail carriers, blacksmiths, farmers, and homemakers residing in various small communities. A WRAP permanent collection was built up over the years and today includes more than 110 works of art. Five selections would have been on display from this permanent collection if the Writers' Institute hadn't been canceled in March. The painting I chose to describe is "Home" by Marguerite Dustin (pictured below.)

The dust billowed into the 1954 Bel Air as the car purred up the long dirt lane.

“Dammit.” Frank cranked the window shut, his sweaty hand barely able to grip the handle. “Goddamn dusty hell hole,” he muttered, rolling to a stop with a slight squeak of the brakes. He wasn’t sure why he’d come. Now. After all that had happened here. 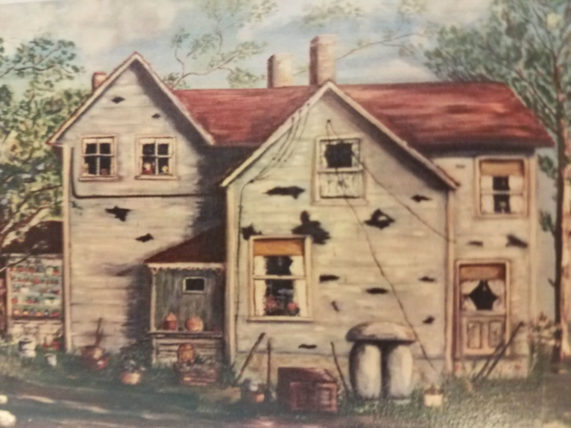 The place looked worse than when he’d last visited. When was that? He couldn’t quite remember. A year or two before he shipped out to Korea. Or was it longer?

He stepped out of the sleek auto, stretched his long legs, and attempted to enjoy the scent of the lilac bushes blooming at the edge of the lawn. He could almost imagine his mother still there smiling at him as she picked some blossoms for the kitchen table. Almost.

She’d been shiny once, full of life and of fun, but the despondence of the house had crushed her spirit. It was still there, reaching out to him now and clawing at his skin. Numbing his ambition. He was right to escape like he had. He knew his mother understood.

He pivoted toward the voice. His sister looked old, well older anyway. The house had gotten her, too. Her hair was graying and she’d developed a middle-age roundness that made him wonder that their age difference was only three years.

“You’re a little late.” She glared at him with her hands on her hips. “Nice car.”

He refused to let her goad him into defending the expense. Instead, he lovingly patted the brightly painted hood, annoyed by the grit that had already accumulated. Rosemary Red was the color—his mother’s name honoring her long-lost sparkle. None of them belonged here.

He escaped the cloying pull of the house—the cumulative weight of his negligent years—by simply driving away, like he had before.    His mother would have understood.

And, somehow, I snared a first place in the First Page contest. :-)

We're the "last winners." (as George Carlin said, but in a different context)

On the down side, I could have written most of your post about losing the Writers' Institute. I started in 2011 and remember you as an instructor early on. Our careers have progressed on roughly parallel tracks, thanks mostly to the great people you mentioned at UWWI. I'd add Bridget Birdsall and Christopher Mohar to that list. They helped me greatly. But I'll never forget Christine DeSmet's simple sentence on her critique of the 10-pages of Castle Danger I submitted to her back in 2015 or so: "This is publishable." The rest of her crit was very helpful, but those three words gave me real hope and belief in myself.That critique gave me the courage to finish CD and get it into print.

I've emailed Laura and Laurie and thanked them for the great nine years I spent at UWWI and how the combined efforts of dozens of teachers and hundreds of attendees (like you!) motivated me like nothing else could to finish my books and publish them.

Gonna be a tough few weeks (at least) before I get over this loss.

Chin up, keep on writing, and carry forward the spirit of UWWI.

Hi Chris, I should have mentioned Bridget and Chris Mohar, too. Funny--it was also Christine who gave me my first encouraging word on my first manuscript. At the beginning, every bit of encouragement is so needed and takes us miles and miles down the path. I look forward to whatever will be created by these brilliant minds in the future for writers. -- Val

Losing the Writers Institute is a tragedy...a true setback. The writing community has lost not only tremendous talent and support, but its center, its heart. May all of our memories rest in peace.